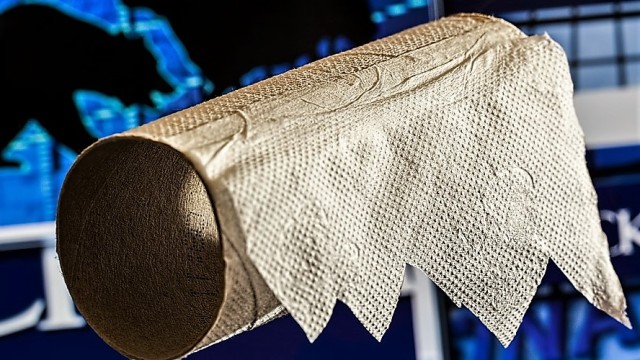 Two squares of toilet paper. That was it; two squares. There are some things you don’t realize you take for granted until you can’t.

I was visiting my daughter in Ecuador and went to use a public bathroom. A woman at the entrance took my coin and handed me two squares of T.P. That was my allotment, regardless of what nature delivered.

I suddenly couldn’t take T.P. for granted; not on this vacation. After that first experience—and confirmation by my daughter that T.P. was scarce here—I took to glomming onto any extra toilet-paper-type products whenever I came by them. A restaurant that offered paper napkins? Grab some. A grocery store that sold rolls of T.P.? Buy some.

It became standard operating procedure to try and keep extra paper in my pocket, to supplement that offered by the public facility. Still, even trying to plan, I’d hit periods where my pockets were empty as I went in search of a public bathroom, leaving me nervous as I approached. I’m traveling in a foreign country; my plumbing isn’t working so great. Am I about to enter a stall with a hearty supply of T.P. or only have two squares with which to work?

Sure, I’ve experienced that moment of panic when, mid-movement in a public bathroom, I suddenly realized there was no T.P. It’s a sucky feeling, but infrequent back home, and there’s often someone in the next stall who will willingly pass you some, because, well, there’s plenty of it.

Not in Ecuador. This was not something there was plenty of. Up until that moment I didn’t really think too much about T.P. If I did, it was a throw-away necessity, a plentiful household commodity.

Now? Now, I’m deeply grateful that I have plenty of T.P. in my life. As much as my little butt desires.

Join 224 other subscribers
Follow Walk the Goats on WordPress.com