“Cute dogs,” I tell the person in front of me walking their pets, partially hidden by the tall grass framing the dirt pathway.

They turn. I get a better look. They’re not dogs. They’re goats. Two miniature goats. On leashes. Being taken out for a walk in our local park.

What unexpected and surprising things life can serve up, I thought.

That is the birth-story behind this blog’s name.

I remember how a jumble of inner, conflicting responses arose when I realized they were goats. Surprise. Some, that’s not right, disapproval. Who walks goats in the park?? Delight at the novelty of being there, at that moment, when I got to witness the two darlings. I’d never seen them before and I haven’t seen them since.

What unexpected and surprising things my mind can serve up, I thought. 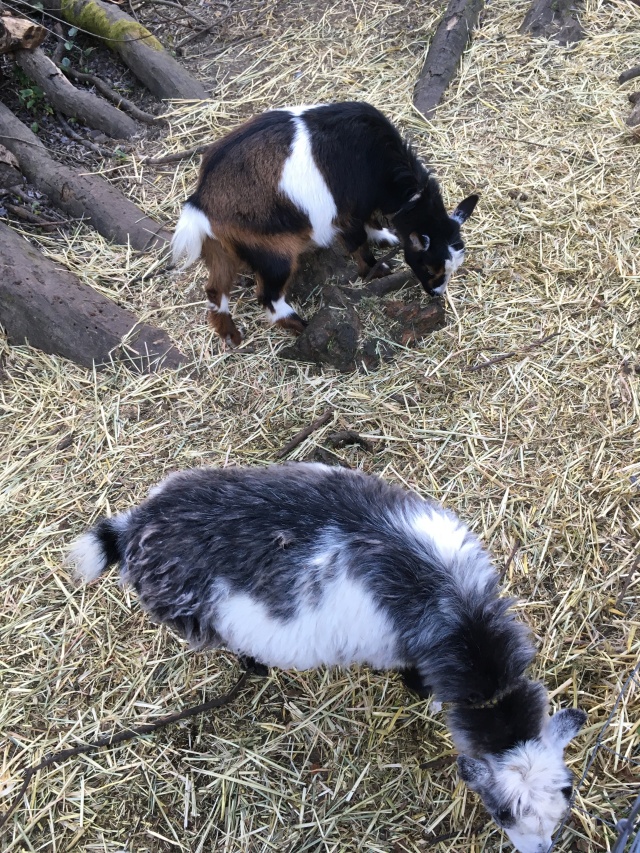 Those wildly different responses to that moment—and other life moments—is what this blog is about.

How could my seeing two goats simultaneously produce so many, different, responses? Responses that conflicted with each other?

Aren’t I one individual, one “self,” responding to life in a cogent, logical, rational way? Don’t I have values that will inform my responses? Shouldn’t those values be consistent and produce similar responses to the stuff of life?

And yet, my response to the goats felt like anything but logical or rational or consistent. Or like the response of a single, unified “self.”

What was going on? How could my seeing two goats on leashes in the park produce so many different responses?

Those questions reflect an underlying uncertainty about the “me” I say is “me.”  “Who” is responding? And why are those responses so often different from what I want them to be?

It often feels as if I have a multi-character, one-person show inside. A multi-character star that responds to things happening in the outer world in ways I can’t predict. That aren’t consistent. That horrify me. Delight me.  Tease, torture and tickle me. Every day the show changes. There may be familiar lines and recognizable characters, but there’s no guarantee that the same external event will produce the same internal response the next time they cross paths.

Is that just me? Or do we all have an army of characters backstage ready to step forward when they hear their cue?

Ready to respond in ways that mortify, shock, confound and…surprise us.

Characters that show up in unexpected and surprising ways.